Bring value to yourself now, in the future by building relationships 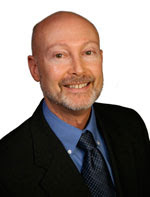 Since the dawn of what we’ve come to call the “New Economy” in 2008, not a week goes by that I don’t get at least one resume crossing my desk. These are from people formerly employed by ad agencies, marketing firms, graphic design houses, public relations companies, media outlets, print shops and related fields. Most are local, although some come from as far away as the east coast. Many of these folks occupied high-level positions at their respective firms. I’ve interviewed more than a few, although “interviewed” isn’t exactly the right word. I let them know up front that we’re not hiring at the moment, but things could change at any time. So “meet and greet” is probably more like it.

Here’s what I’ve learned. Some of them are impressive individuals. In better times, we’d be talking seriously. (Of course, in better times, they probably wouldn’t be looking for work.) Most, if not all, have a tremendous amount of industry-specific knowledge. The graphic designers, for example, all have nice portfolios. One woman I spoke with knew more about print production than anyone I’ve ever met. A few former media reps have engaging personalities and appear to be highly motivated. All good things.

But. Only a handful have what we as a company really need. And that’s access to prospective upper echelon clients. Now, I don’t mean to say that any new Imagine team member needs to come with a stable of ready-to-roll clients in tow. But it would be helpful if they were a couple degrees of separation away from a few movers and shakers.

Instead, I’ve discovered that most of them sat in an office or cubicle and performed their jobs admirably. No more, no less. It never occurred to them that part of the value they bring to an organization is in the relationships they’ve built and developed over the years. The print production woman I referred to earlier never actually met any of her clients. It’s a shame.

So here’s my two cents worth of unsolicited advice: If you’re still gainfully employed (and, as a friend of mine likes to say, “If you’re working, you’re winning”), make it a habit to get out more. Tag along with the account reps. Schedule a lunch or coffee or drinks after work with a client or prospect. Check out a networking opportunity. Turn yourself into a resource. It’s not too late. Until it is.

Brian Rouff is the Managing Partner of Imagine Marketing.
Contact Brian at brouff@imnv.com.