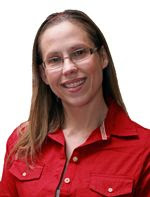 After news rocks a nation, a common question is, “Where were you when it happened?” My parents can tell you where they were when they heard John F. Kennedy had been assassinated. Back then, they heard it from their teachers, and later, the nightly news and daily newspapers. More recently, many people can tell you exactly which television they were glued to on the morning of Sept. 11, 2001 as the Twin Towers fell. When news came over bin Laden had been killed, I received it in a text message. I followed it up by looking on Facebook, where a number of news agencies are my “friends,” and then to CNN … all on my smartphone. Sitting in a restaurant, a friend of mine and I huddled around my phone to listen to Pres. Obama’s speech on YouTube. When the “Where were you?” question is asked, many people will respond with the social media or news websites they were on instead of their location and what television they were watching at the time.

Where people used to gather around radios to hear Franklin D. Roosevelt speak about the bombing of Pearl Harbor, today, the news comes to them. Presidential speeches have adapted to a modern format, becoming shorter and more concise. It’s easier to broadcast, quote and tweet them that way. In Sunday night’s speech by Pres. Obama, he got to the point, with the lede up front, in fine newspaper form. He then evoked the emotion, reminding all of us how we felt on Sept. 11, 2001 and reminded us of the history. The busier life gets, and the more time that passes, the easier it gets to push away the stuff that chokes you up or gives you chills for the immediacy of the life in front of you.

He also paid remembrance. Nearly 3,000 lives were lost on Sept. 11, 2001. He let us not forget that and spoke to the families directly, whether they were listening in their cars, on their couches or on their smartphones.

Pres. Obama reminded us with a few sentences, and all of a sudden, we were standing in front of that television 10 years ago. This takes wordsmithing.

He gave us heroes. They are faceless and nameless – for now – but for a moment, the President made us believe super heroes exist. Camouflage and all. Eight years of war and countless news reports and political campaigns tend to make us forget – there are people out there roaming the night who fight to protect us and the world. In his speech, he reminded us those super heroes are out there.

He presented background information on the mission. For months – years – this was all going on in the background. While Pres. Obama was touring tornado-ravaged Alabama, he was directing a secret covert operation. While Donald Trump was calling into question his birthright, Obama was aiding in planning one of the most vital American missions in recent history. During the annual White House Correspondents Dinner on Saturday night, while Obama was cracking up the press corps, the plan was in action. He took responsibility for giving the green light, but he also placed praise on the members of the military who stood on the front lines, carried out the mission and risked their lives for the world’s safety. Hollywood movies are made of this, and in the film about this firefight, the president won’t be the star but merely a player in the game. And he knows it.

He didn’t dwell in the past, however. In a world of instant news, it was important to keep looking forward. Although this was a large step, it wasn’t the only one. We still have a way to go before it is peaceful enough to bring our service men and women home to their families for more than 12 months at a time.

The speech got to the point, evoked emotion, retold history, remembered the dead, rewarded the heroes, and at the end, reminded Americans, as a country, we “can do whatever we set our mind to” – all in the span of 10 minutes. Like a dad reminding his kid who has fallen off his bike one too many times not to give up, Obama reiterated our accomplishments. After all, as “one nation, under God, indivisible,” they are all our accomplishments just as the sadness of Sept. 11 is our sorrow.

The speech, in all, was probably written in only a few hours, maybe minutes. In a tech-savvy nation when sound bites deliver a morsel of information in small increments, it was well constructed, sound bites firmly in place. On a list of historical speeches, will it rank? “We must – and we will – remain vigilant at home and abroad” probably won’t live up to “Four score and seven years ago,” “a day which will live in infamy,” or “ask not what your country can do for you; ask what you can do for your country,” but for the moment, it was needed – on television, online and in print. It was what the country needed. Hail to the speech writer.