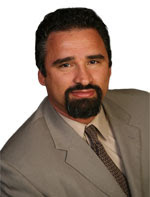 Imagine Marketing is an idea factory. And like any factory, the key to success is efficiency. Although the creative process can seemingly take a considerable amount of time to go through, rushing it could eradicate the quality of an idea we develop for a client.

However, just like any service provider in their line of work, we develop and implement standards that help to streamline the creative process. There are simple issues our team regularly avoids during the process, all of which can stifle creativity.

Here are five examples of things we avoid during a creative brainstorm session:

The inner critic: It will always be your greatest enemy. It comes from the fear of being judged or of being perceived as talentless or ignorant. This is a difficult hurtle to overcome, but it is the most important one because your best work will always be left at the bottom of a pile of self doubt.

Piling on messaging: This happens often, especially with people who don’t understand the creative process. Ideas and creativity are mysterious and have the ability to do anything, so people try to cram as much as possible into one idea. There is a limit to the weight an idea can bare. A cluttered, complex idea may feel gratifying to the creator, but it will only be an obnoxious mess to the observer. The message must always be precise and to the point. It is important to realize that although there is no limit to the process one goes through to come up with an idea, there is a limit to effective creativity in the end product.

Lack of knowledge: Writers always say “write what you know.” If you have been hired to create something for a client, you really need to understand everything about them that is relevant to the goal. After a while of going through the process, you should be able to trust your instinct enough to ask the right questions, thereby giving them the creative results they need.

Following rules: The rules in the creative process can be complicated. There needs to be an objective as well as a limit to the development of ideas. If a person offers an idea nobody likes, they should be given a chance to explain why the idea can be effective. It is unwise to kill ideas immediately. Great ideas have often come from concepts that were initially disregarded but fought for. That being said, if the idea is still not effective to the majority after it’s explained, you must move on.

Being too creative: There is a tendency to get excited about an idea and take it way too far. Exploring concepts is dandy, but there is a fine line between creative exploration and wasting time. Always remember the objective and realistic implementation of an idea. Stay on time and within budget otherwise it’s a pointless endeavor.

Alex Raffi is a partner and creative director for Imagine Marketing.
Contact Alex at araffi@imnv.com