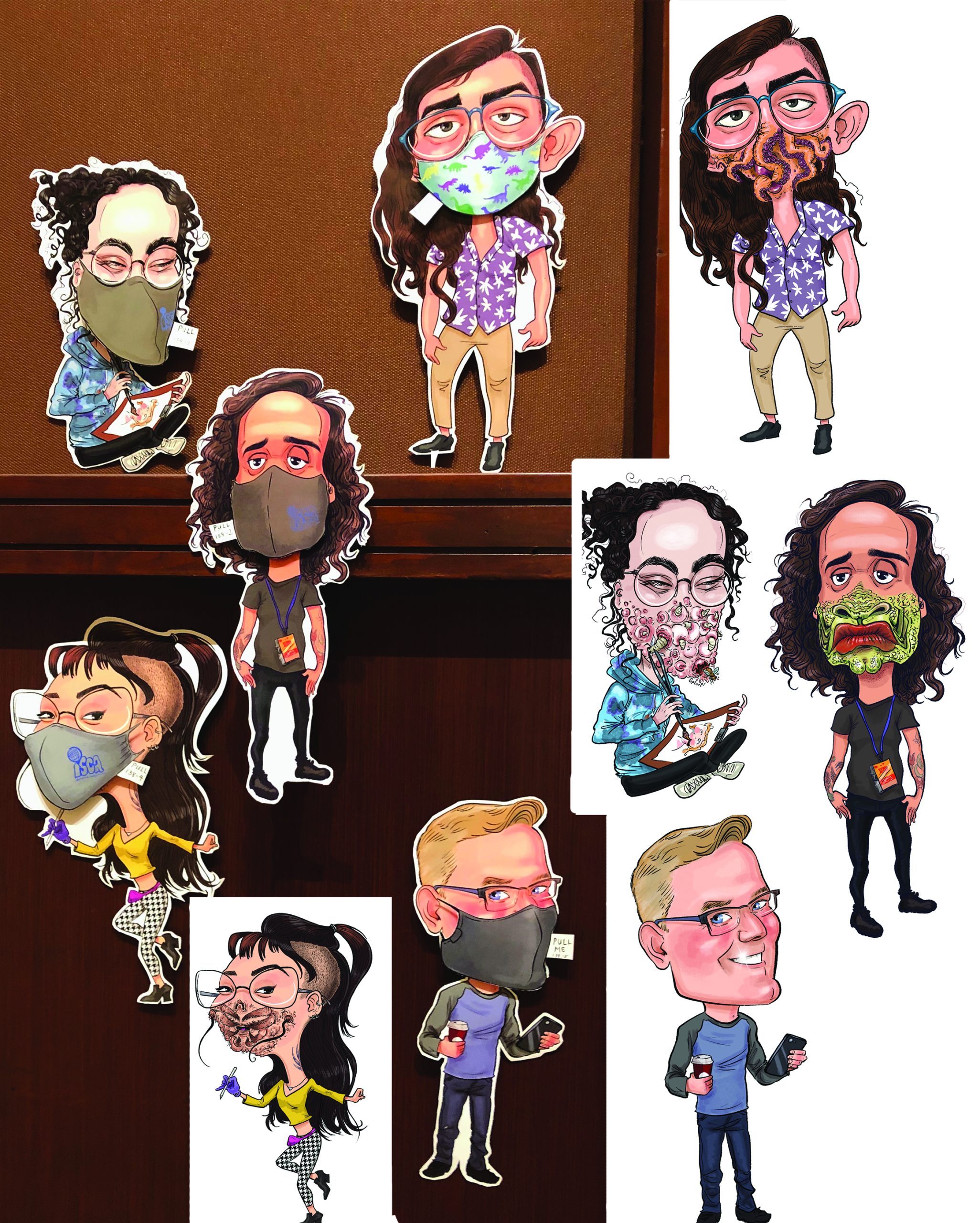 It’s not easy to be funny.

I don’t mean that in the way that Kermit finds being green difficult, like it’s a naturally imbued characteristic. Rather, the process of giving people an honest laugh — or even smile — is a daunting task. That’s true in the best of times, let alone now.

Humor, however, is a powerful communication tool and serves as the anchor for many successful campaigns. It connects and endears people to one another. Touching someone with a true moment of humor will create a lasting memory, one that feels wonderful to recall over and over.

Whether a joke is verbal, graphic or conveyed some other way, whether it is light and silly or daring and wild, it relies on truth — or, rather, knowing a culture or community so well that you can tease out something and exaggerate it, put a twist on it, to elicit an honest laugh without slipping into cruelty.

I have been attending International Society of Caricature Artists conventions for well over 25 years now, as a longtime caricature artist who just happens to spend my days editing books, writing articles or otherwise helping communicate ideas. One of the most coveted awards there is Most Humorous.

While I love a big-eared, gap-toothed likeness as much as the next caricature artist, to really get a belly laugh out of the couple hundred working caricature artists who attend (and compete) in the annual conventions, your caricatures have got to tell a story. That’s, fundamentally, what makes us laugh. A setup and a punchline are really the most basic, distilled ingredients for a narrative.

As we convened in Las Vegas in the fall of 2021, my mind was on seeing old friends, breaking bread (as well as uncorking bottles) and sharing stories of how caricature as a profession had changed over the past 18 months. Thanks to all participants being vaccinated, in that little respite between Delta and Omicron, we all enjoyed feeling “almost normal” together again. Friends reunited and made fun of each other over the several days of seminars, workshops and competition.

This is the part where I must break the cardinal rule of humor: I must explain the joke. One thing about caricature culture is that we all groan at pretty faces. The bland kind of pretty, not looking unique in any particular way — we hate that.

Greg Dohlen, a Southern California caricature artist, has a pretty face. It fits in well in Hollywood, where he has a long history of working alongside celebrities at premiers and on reality TV. Nowadays you can see him drawing Gal Godot, Dwayne Johnson and Ryan Reynolds in a promo spot for Netflix’s “Red Notice.”

As a fun little challenge — and an easy, obvious little gag — I decided to draw people in removable masks attached with magnets. That meant getting a solid likeness using just the eyes, body shapes, pose, posture, hair and clothing. (As I sketched her low, hunched shoulders, I told Ali Thome, animator for Extra Credits educational videos, that she was the schlumpiest person I knew. She responded “Awww, thanks!”)

Then I thought, why even bother drawing the rest of their faces? Under the masks I instead drew tentacles, insect pincers, botfly welts and aquatic scales.

Except for Greg. I let Greg keep his handsome smile, and even added a gleam on his white teeth (using lens flare tool in Procreate, an effect Greg himself uses a lot on his own work). Removing Greg’s mask only rewarded viewers with Greg’s Pretty Face™.

Then I endured that introspective dilemma all humorists face: “Is this funny, or is this just funny to me?” Luckily, as people strolled around to vote on all the twisted, exaggerated offerings on the walls, the effect was as I’d hoped. Viewers walked up and peeked under each mask, smiling at the monstrosities beneath. Then they got to Greg . . . And. They. Died. They would run to fetch a friend and bring them over, so that the friend could go through the same motions.

I soon got LOL messages from artists participating remotely from all over who had seen the video on our Discord voting channel. Greg Dohlen even said he saw the video while out at a very fancy restaurant with other artists, and the concept drew him in as he eagerly anticipated what I’d done to his face . . . then he yelled “What? No!” as he got to his. Others at the table then passed his phone around, and, coupled with Greg’s visible disappointment, the video reportedly made them laugh so uncontrollably they made a bit of a scene and worried they might get ejected.

At awards night, I still couldn’t quite process that I’d won — the funny runs deep in this pool. Third place went to brilliant animator Lindsey Oliveras, who recently helmed production design for Mitchells vs. the Machines on Netflix (designing, in my opinion, the funniest dog/pig/loaf of bread ever put to screen).

I think we were all starved for humor after the past two years. And the starvation went both ways: man, it felt good to make my peers belly laugh. But behind the laughs at this convention is also a recognition of what it takes to craft a joke. Character designer and illustrator Joe Bluhm, who has nabbed Oscar and Emmy awards for his work, kindly explained why he loved my gag: “It had everything — it had layers, it had a big reveal. That took a storyteller.” Joe’s a longtime friend, but that didn’t stop me from blushing or committing that compliment to memory.

I’ll cherish the trophy a little less than I cherished the laughs, but it will go in a spot of honor on my shelf. And Greg was a really good sport. Sorry, Greg. It’s not your fault you’re so pretty.

Celestia Ward is the PR coordinator at Imagine Communications and also has worked for the past 30 years as an event caricature artist and cartoon illustrator. She is also, at least until 2022’s convention, officially the world’s funniest caricature artist.