Market Research You CAN Afford 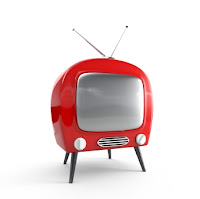 Before coming to Imagine, I worked as a marketing manager for a small business. Working for a small business meant that sometimes I had to get creative with ways to stretch our marketing dollar. We knew who we wanted to target and we knew who our customers were. Social media tools like Facebook, Twitter and Mail Chimp were all great, inexpensive ways to reach our customers. Cross promoting with complementing businesses was a no brainer. Using trade or gift certificates in lieu of cash for sponsorships? Done.

Traditional media like radio and television were a bit trickier. Media sales reps would parade in and out all day with reports and numbers about how their station was number one! Granted, that could mean anything since they could be number one…from midnight to 2am with 65-75 year old men. Since we didn’t have the means to do formal market research and find out more detail about what and how our customers watched, listened and read, I used a much easier method. I snooped.

Free market research is all around us. One of my favorite places to monitor people’s television viewing habits is at the gym. Most gyms now have individual monitors on every treadmill, Stairmaster and elliptical machine. Vary your workout times and you’ll quickly learn which programs and channels are most watched and who is watching them. Stop by your local library, take a stroll through the computer area and you’ll see which sites are being visited the most. Eavesdrop at a restaurant or coffee shop by major work places the day after a highly anticipated show airs and hear who’s talking about it and what they’re talking about. Roll down the windows in your car and you’ll get snippets of what people listen to in their car. Satellite radio and MP3 players may be taking over but in severe weather or traffic jams, the first and easiest place drivers turn to is their local radio station. Even something as simple as striking up a conversation in line at the grocery store can lead to new revelation in your research…and make sure to take a peek into their grocery cart to see what their buying habits are while you’re at it!

Too often, we’re quick to dismiss the idea of traditional media and “old school” methods. This is a dangerous mentality. Traditional media still works, especially when supported by the new media. Using this non-traditional method of market research can help you learn more about your current and potential customers – no matter how you chose to market your business.

Previous Post
Brilliance doesn’t just happen
Next Post
Where do logos come from? (The birth of a logo)