The rudderless creativity of painting 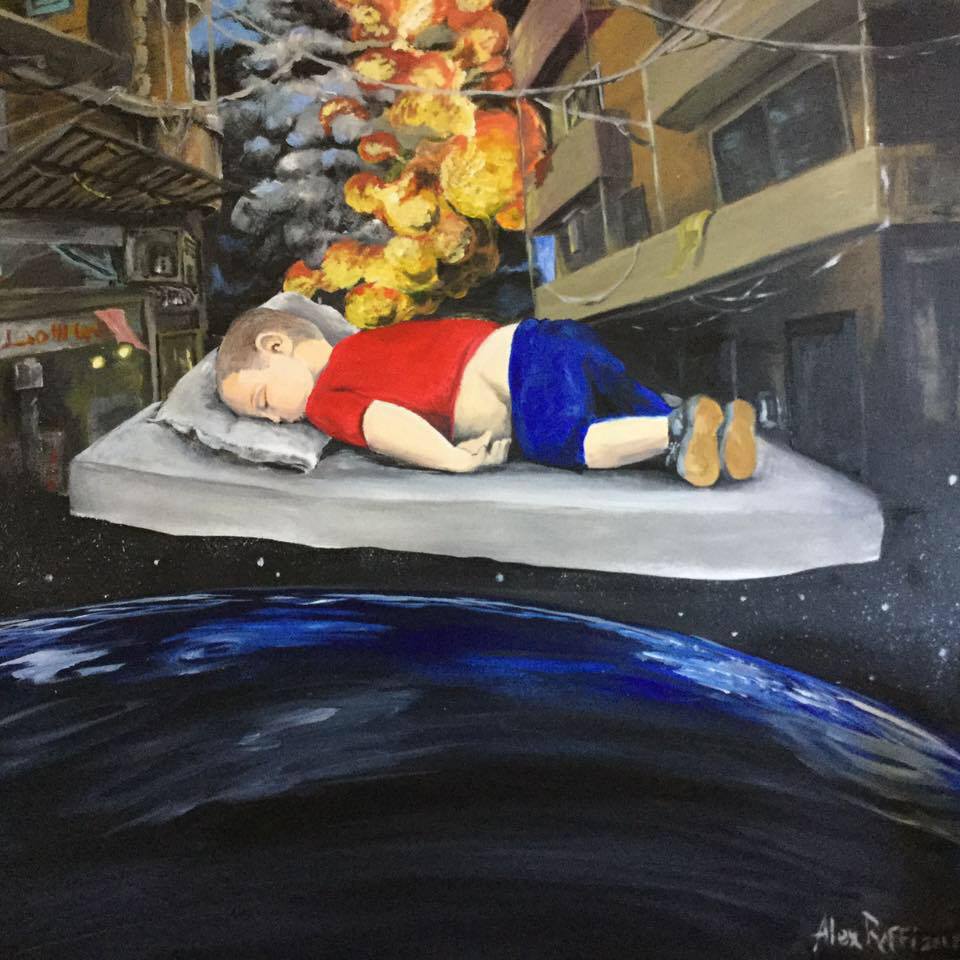 A couple weeks ago, I decided to pull out my paints, grabbed a canvas and made time create some art following the process I used back in the good old days, not really knowing what I was going to create until I put paint to canvas. It’s been about 17 years since I’ve done something like this – creating without expectations – forcing myself to dig deep and express myself without succumbing to editing down my work for public consumption.

It’s easier when you’re younger not to care about what people think because the volume of judgment from others is much lower. When I was a child, there was a freedom I felt diving into my own small world of perception, swimming out as far as I could and then making my way back, usually disappointed in my arrival. Now I’m much older, and I carry the baggage like anyone else. Sometimes my cynicism is so tangible it feels as real as the keys in my pocket.

I pull it out every once in a while to lock out anything that confuses or irritates me. Then, I casually put it back in my pocket for use again, most likely repeating that process more than a few times a day. But that weekend I woke up feeling motivated to dive back into the creative courage I often preach about. So, I found my spot, built an easel and went to work. It was like riding a bicycle or playing guitar after a long hiatus. The brush felt good in my hand as I found my direction in the imagery.

My daughter Elli kept coming by to watch my process, clearly intrigued and interested. She sat on the couch behind me for a while then asked me a question, “What are you going to do with it?” Not what I expected. I remember an artist friend once telling me that my work was not like furniture. In other words, I wasn’t likely to be able to sell it. No one would put this painting up in his or her living room. It would be a tad bit off-putting. I actually liked that critique of my work, to be honest. I’m the guy who doesn’t paint furniture. I replied to her question and said. “I don’t know. I may paint over it later. But, for now, I just need to paint it.”

That exchange took me back. Even at an early age I would get much more satisfaction from the making of a painting than the having of the painting. Canvases can be very expensive. That may have been my original motivation for layering my work. But it taught me to not put so much value on the end result of my painting process. I eventually taught myself how to stretch my own canvases and that saved me some money, but I never changed the focus of my value of my process. Often, I would have a stack of canvases with about three or four paintings hiding inside them, paintings that may have only been seen by my immediate family or close friends with the span of a week. I never felt regret about the loss of the painting because, like I said, I was always more interested in chasing the process.

I loved the feeling I got from painting. I actually perspire while I’m doing it as if I’m jogging. I actually often perspire while I’m in the zone of creativity. It’s a bit embarrassing at times. It doesn’t matter what temperature the room is. I also love the feel of the canvas on the brush and how you need to adjust the angles and speed of the stroke. The melding and mixing of the paint. How you learn to understand the effects of the moisture of the brush paint or surface of the canvas. The ebb and flow of momentum in the building of the painting. But most interesting is the complete and total disregard for errors and the welcoming of mistakes.

Everything is relevant and the next step to a new portion of the expression of the painting. Bob Ross called it “Happy mistakes.” I guess that’s one way to describe it because we all are so hard on ourselves that we need to forgive our mistakes. But I think the mistakes are required. I don’t even think of them as mistakes. They become road signs that lead you where you should be going. I’m following impulses. It’s very liberating when you freely accept your creative path without fearing the destination. I highly recommend it to everyone.

When you apply that process to your life, it could be a bit more complicated. The painting doesn’t respond to you or actively work against you. All it does is reveal itself and welcome you with open arms. I think there is something to be learned from the process of painting that can teach you a bit about who you are, and in turn, teach you something about the world around you. The only truth that matters in the world is the truth we feel inside ourselves about it after all.  I feel more connected with the world while I paint. How I feel about the world becomes more clear to me during my process of rudderless creativity. It’s fun to surprise myself with my own work, and if others have an opinion of it, whether it’s good or bad, well that’s just a bonus.

Creative director and Partner Alex Raffi often teaches others how to find their “Creative Courage,” but in this case, taught himself.