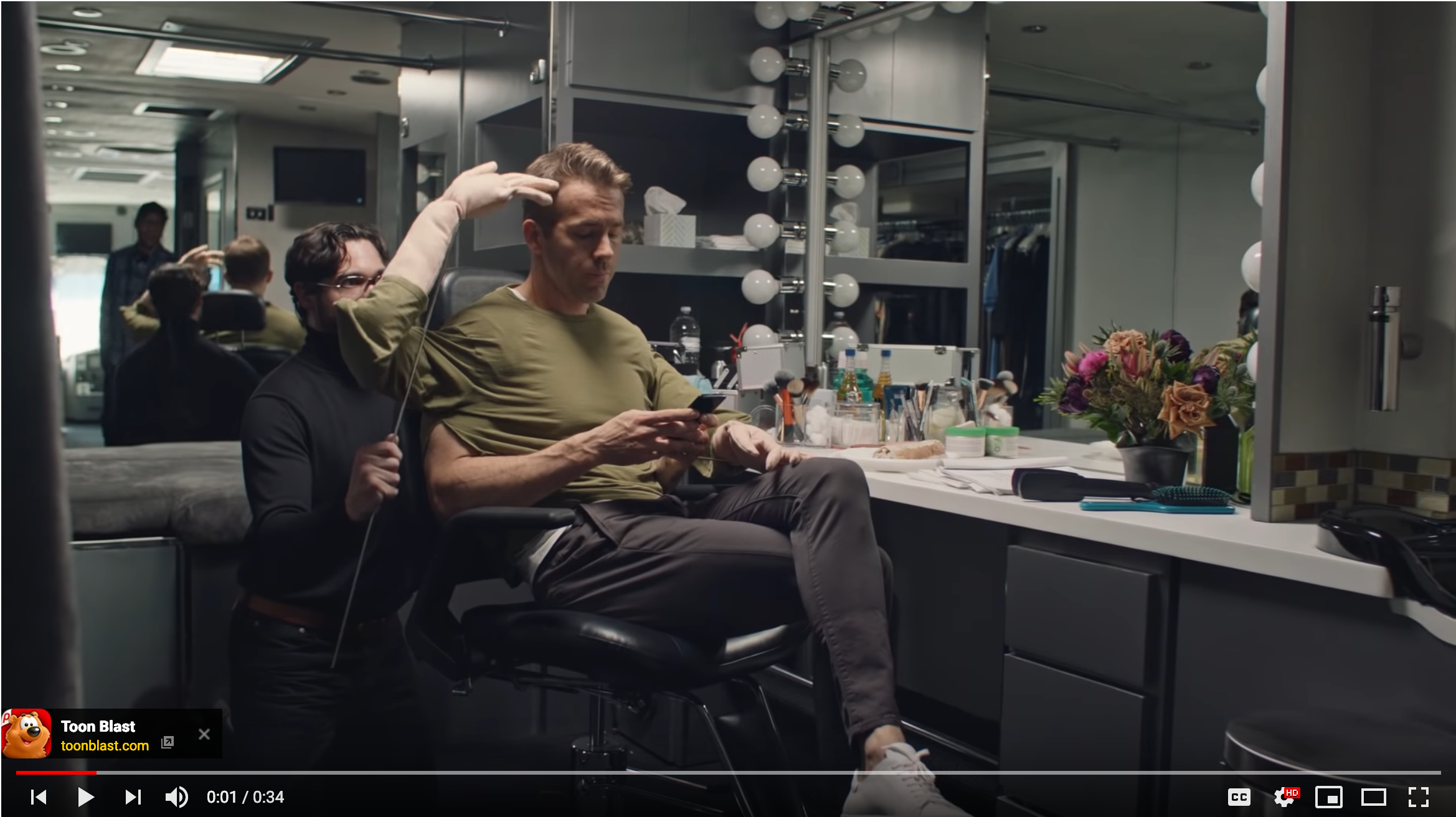 If you haven’t seen the series of ads that Ryan Reynolds starred in for Toon Blast, then you can click to watch them now.

Last July, Reynolds stared in a series of comedic ads for the block-matching app game Toon Blast. Each commercial was short, lasting between 9 and 50 seconds, and focused on an addiction that Reynolds had developed for this game.

I fell in love with these ads. They were funny, starred my favorite actor and made sure the product and logo were front and center. Obviously, several other people ended up feeling the same way as they became a huge hit. The reason these commercials did so well was because they prioritized humor and entertainment over classic celebrity endorsements, which made it dramatically stand out from other generic block-matching app game commercials. They created something that almost felt like a satire on the block-matching game niche, and by doing so, made it feel less like an ad and more like a series of funny Ryan Reynolds videos.

Most people stop paying attention when they see an ad before a video on YouTube, but an ad like this gets passed people’s guard and opens them up to the hilarity of the situation. It gets the audience’s attention in a situation where – typically – an audience isn’t interested.

It’s not easy to create an entertaining ad that successfully does this without being annoying, and Toon Blast found a way to do it successfully – and it shows. Toon Blast had $200 million in revenue 2018. So, kudos to you, Toon Blast! I look forward to other campaigns you make in the future!

Meagan McCall is a local Ryan Reynolds fanatic and a graphic designer at Imagine Communications.