Your crisis: a one-day story or a months-long story? It’s your choice. 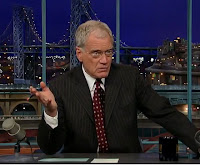 It’s never a happy occasion when the need for crisis communications arises (for obvious reasons). However, when/if a crisis does arise, it’s important to handle it correctly to minimize the impact on your business as much as possible.

So what is the correct way to handle a crisis, you ask? First, and most importantly, our firm recommends you have a detailed crisis communications plan in place at all times. Turning to this plan and adhering to its guidelines will help your business better respond to problems and can potentially keep a problem from escalating into a full-on crisis. Second, while each crisis situation is different, there are some basic reactive things to remember that can minimize the impact of your crisis:

DON’T try to cover the story up. The biggest mistake to make is assuming the story can be hidden. Ignoring reporters’ calls, threatening the media with your clout if they reveal your story and/or hiding out in an office will not make the crisis go away. Instead, it makes you look bad and opens the doors for reporters to interview anonymous sources who claim they know all about your crisis and would be happy to discuss it on TV.

DO communicate with the media. Once the media has hold of your story, you are much better off working with them than against them. Provide them with the facts you have, but don’t speculate. Speculation can cause you even more problems later if you were wrong.

DON’T lie. It’s almost guaranteed that if you lie to the media, you will get caught and you will be painted in an unfavorable light. If you made a mistake, own up to it and immediately explain what is being done to correct it.

DO communicate internally. Make sure your employees know who is – and isn’t – authorized to speak with the media on your company’s behalf. During a crisis, a reporter may call and begin asking questions of whoever picks up the phone. This can be disastrous if that person really has no idea what’s going on but talks with the reporter anyway.

HOW NOT TO HANDLE YOUR CRISIS: The Tiger Woods Scandal
Tiger Woods was so careful about keeping a squeaky clean image. He was a hugely successful golfer and a happy family man. What could be more unassuming?

In late November, Woods was injured when his SUV struck a tree close to his mansion. But while the public at first felt bad for Woods, questions quickly began to arise. Before long rumor had it that Woods hit a fire hydrant and a tree because his wife had been chasing him with one of his own golf clubs! At this point, Woods took his opportunity to say … nothing. With nothing but rumors to work from, journalists country-wide made fast work of finding out for themselves what happened at the Woods’ home that evening. Soon stories on everything from Woods’ mistresses to his Ambien habits headlined papers and TV shows and radio broadcasts everywhere, and headlines such as “Eight is Enough!” and “More Women in the Tiger Woods Scandal – Seven and Counting” quickly began surfacing throughout the Internet. Months later, the Woods’ story is still going strong.

HOW TO HANDLE YOUR CRISIS: The David Letterman Scandal
On Oct. 1, David Letterman asked his audience if they would like to hear a “little story.” Audience on board, Letterman launched into what audience members expected would be another joke. Ten minutes later, a stunned studio audience and millions of viewers were privy to all of Letterman’s secrets: the extortion attempt, the threats and his sexual affairs with members of his staff.

While this announcement, not surprisingly, left a flurry of news articles in its wake, it died in less than a week – only returning to the spotlight in December when Letterman himself began to poke fun at Woods’ expense and, playing off of his own sex scandal troubles in his monologue, asked Woods to “stop calling me for advice.” For Letterman, the situation was as ideal as can be expected.

Melissa Rothermel is the Director of Media Relations for Imagine Marketing. Contact Melissa at mrothermel@imnv.com.

Previous Post
Simple lessons in business from Reality TV
Next Post
Phenomenon of the mystical infomercial, its role in marketing